"The challenge for tomorrow's energy supply is that innovative solutions and approaches are needed today," says Christian Dries, founder of DAS Energy. This is also the case with the pilot project in Tullnerfeld. The photovoltaic modules were built into the existing structure of the ÖBB.

There is hardly any visual difference. Due to the new assembly system, the junction boxes and the cabling disappear in a barely visible cable duct. The cells can be glued in around three minutes per module.

The adhesive technology has an additional benefit. This compensates for the vibration caused by train traffic. DAS Energy's technology is vibration-resistant due to the elasticity of the adhesive. This is because it remains soft.

The noise reduction is not affected by the installation of the photovoltaic system. It is therefore not an either / or question of whether a noise barrier or a solar power system. Both are possible in one.

“There are endless unused areas - from noise barriers to flat roofs of warehouses or supermarkets to car park roofing. With our modules, these can be used easily and flexibly to generate electricity - with unimagined electricity potential for Austria, ”says Christian Dries. (Perhaps one can even define this potential in an approximate order of magnitude?) A special feature of the DAS Energy technology is that the photovoltaic modules can even be attached vertically.

In the first pilot test, a total of 36 photovoltaic modules were installed by the Austrian company with a total output of more than 10 kilowatts peak (kWp). The photovoltaic system is connected to an inverter that converts the direct current into solar traction current and feeds it directly into the traction network. This means that around 7,800 kilowatt hours of solar power can be generated per year. This corresponds to a CO2 saving of around ~ 2,150 kg per year. 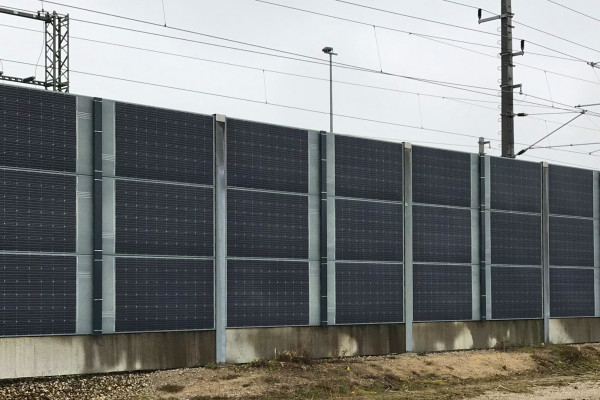 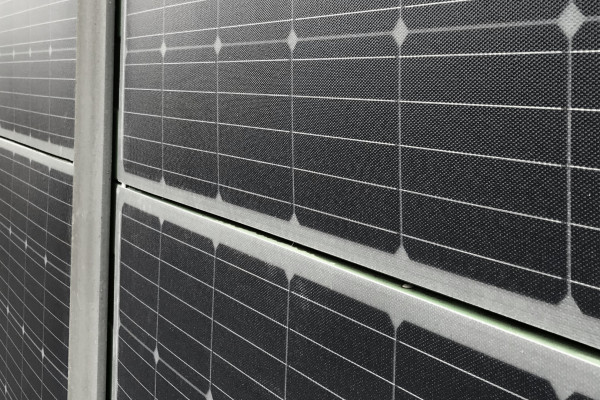 Do you want to learn more about DAS Energy Photovoltaic's systems or talk to us about your PV project? Simply complete the contact form and select your preferred contact method. Our service team will get in touch with you as soon as possible. If you need further information or have any other questions, contact us using the options below.